Just as pets have acted as close companions and beloved family members even prior to early civilization, people have found ways to mourn and commemorate their departed friends for centuries. Although it is unsure when the first pet remains were buried or preserved, there are multiple examples of their rituals and burials early in history. In Ancient Egypt, where cats in particular were spiritually revered, pets were given the same treatment as nobility: mummification and lavish entombment. Some cats were even bestowed with valuable gifts such as jewelry upon their death. Dog burials in particular have been dated in Europe as far back as 14,000 BC. Many of these early burials demonstrated great care and devotion, with the animals carefully posed and the grave sites adorned with flowers and other gifts. Dogs and cats in the Roman Empire were often cremated and placed in ceremonial urns. Around 300 BC, Alexander the Great went so far as to decree that a funeral march and monument be organized to honor the death of his favorite dog, Peritas, after whom he even named a city. 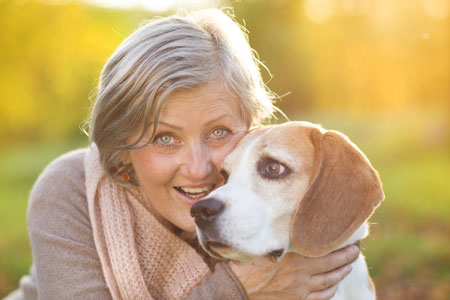 Just as in the past, people still seek to honor their pets through rituals and the selection of final resting places that pay tribute to their memory. There are many options for those who wish to lay their pets to rest in a way befitting their loved ones. In terms of burials, many choose to bury deceased pets in their yards, which may be an option depending on the relevant local or state regulations. Pet owners who choose this option are advised to encase the remains in a durable plastic bag or wrap them deep in the ground in a favorite blanket in order to protect the remains from other animals. For those who wish to bury their pets in other locations, pet cemeteries offer a dignified final resting place for all kinds of animals, either to be buried separately or along with other departed pets in a communal plot. Famous pet cemeteries include the Hartsdale Pet Cemetery, which is the oldest pet burial ground in the US and contains the remains of over 70,000 pets. Information about nearby pet cemeteries can be found by consulting local veterinarians. It is advised that pet owners ensure the land on which their chosen pet cemetery is located is “dedicated land,” which means that it will remain a pet cemetery regardless of changes in ownership and the families will always have a place to visit their deceased pets.
However, just as with human deaths, animals can be laid to rest in other ways besides burials. Cremation results in cremains, or cremated remains, which can be preserved in a variety of ways. A similar trend has emerged in the past decade to that of human funerals: a significant increase in the rate of cremation as an eco-friendly, cost effective and dignified option for deceased pets. The cremation process is fairly standard from place to place, but when using a pet crematory one should always ensure that the crematory cremates on an individual basis instead of “mass cremations” which involve many different animals being cremated together and then dividing the cremains among the different owners. Cremation is not only the popular present day choice, but appears to be the future of pet funerals. Although choosing the proper resting place for a pet is an essential aspect of mourning their loss, choosing a vessel in which to preserve the remains is equally important. Those who choose to bury their pets often select a pet casket in which to store the remains. Pet caskets are typically made of wood, plastic or metal and ensure that the remains are protected from the elements, as well as local wildlife and any other disruptions to the body. They may be engraved or decorated with photographs, and are also available in biodegradable form.
Cremains may also be buried and marked with grave memorials; however, there are many options following cremation. Some families who choose cremation elect to scatter their pet’s ashes in a place of special significance to them or their pet, or even incorporate them into jewelry or artwork. The increasingly popular choice for pet cremains is a pet urn, a receptacle for pet cremains that is traditionally a box or vase that can be tightly sealed to preserve the cremains.

Pet urns are highly personalizable and able to uniquely suit the needs of mourning owners and their departed pets by allowing a choice from many different materials, styles and other options to create the perfect resting place for a deceased pet. Urns can be made either in a traditional style with a more typical material such as glass, marble or wood, or they can be one of any number of different variations. Some prefer to use urns that are shaped into life-sized figurines of their departed dogs, some use urns that hold photographs of the pet or other memorabilia, and biodegradable urns that provide a greener alternative. 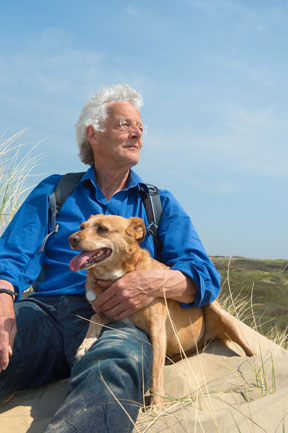 Accompanying these many forms of pet remain conservancy are many different types of rituals and ceremonies with which to honor their passing and give the families space to grieve. Rituals differ depending on the individual or family’s religious or spiritual beliefs and personal preferences. Pet memorials can include many different components, including prayers, songs, the lighting of candles, sharing favorite memories about the pet and saying either private or ceremonial goodbyes. The family may gather at the place of burial or urn placement and make some opening remarks, celebrate his or her life with some special memories, and finish with a spiritual or other special addition to the ritual such as a blessing or a song. For many who find that the grieving process lasts much longer, a special spot might be designated in the house, garden or some other location where a marker or some of the pet’s favorite things might be placed to commemorate the life of the loved one.
PET: Burials and Cremations 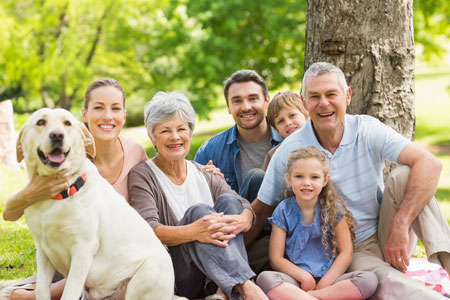 The demand for pet urns and memorial products has increased dramatically overtime; among the half of US households that include dogs and/or cats in their family roughly 20 million urns and 12.5 million headstones are bought for deceased pets every year (American Pet Products Association [APPA], 2013). Urns in particular are increasing as an option because of their practicality and highly personalizable nature. Urns have become five times more popular for dogs and twice as popular for cats. People respond positively to the array of options available for urns and pet memorials, as it provides them with unique ways to remember their pets and honor their memories. Many are drawn to memorials or urns with small engraved paw prints or other designs on their surfaces, an option especially compatible with the selection of granite or marble urns and memorials. The pet’s name, a chosen quote or another memorable phrase can be etched into the urn or memorial marker as well. There are multiple ways of including a photograph with the pet’s remains; the photo can either be attached to the urn, placed outside it for visitors to see, painted on to the urn, or incorporated into the memorial in interesting ways, such as with a video montage that can play pictures of your departed loved one on a loop. The likeness of the pet can also be etched into the urn; it is even possible to carve the entire urn itself into the pet’s likeness. Since pets are often considered cherished members of the family and their loss is consequently devastating, the demand for customization options in pet memorials is high.

" PetUrn.com is dedicated to helping you find the best urn for your beloved companions final resting place. Our sample products will link you with the actual product being sold by Greenburials.com , Houseofurns.com  and BioUrn® " 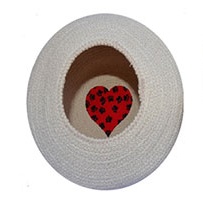